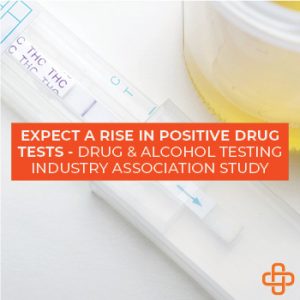 According to a study presented at the Drug and Alcohol Testing Industry Association’s Annual Conference, the rate of positive drug tests for illicit substances among U.S. workers in 2018 reached a 14-year peak, with marijuana playing a significant role!

Researchers analyzed the results of more than 9 million drug tests. They found that 4.4% of the combined U.S. workforce (both the general workforce and employees who undergo federally mandated drug testing) tested positive – up from 4.2% in 2017 and 2016 and the highest since 2004 when the rate was 4.5%.

Marijuana is legal for medicinal use in 33 states and for recreational use in 10 states, plus the District of Columbia, Guam and Puerto Rico.

“As marijuana policy changes and employers consider strategies to protect their employees, customers and the general public, employers should weigh the risks that drug use, including marijuana, poses to their business,” Barry Sample, senior director of science and technology at Quest Diagnostics, said in an April 11 press release.

Positive tests for opiates fell across the board among the general workforce:

Under new federal rules, additional testing for four semisynthetic opiates among workers in safety-sensitive jobs resulted in a higher positivity rate, to 0.45% from 0.34% in 2017. Heroin and cocaine use, meanwhile, declined in the general and safety-sensitive workforces.

“Post-accident” positive tests showed rate increases in both groups: to 8.4% from 7.7% in 2017 among employees in the general workforce, and to 4.7% from 3.1% among workers in safety-sensitive jobs.

“Increases in post-accident positivity among safety-sensitive workers should serve as a warning to employers that employee drug use may increase the risk of workforce accidents or injuries,” Quest Diagnostics Scientific Director Kimberly Samano said in the release. “Our analysis suggests that employers committed to creating a safe, drug-free work environment should incorporate strategies that monitor drug use above and beyond pre-employment drug screening.”

Should you need assistance with drug/alcohol testing, Axiom Medical can design a program to meet the needs of your workforce!

The Importance of Resilience in the Workplace

The workplace is an atmosphere that can be challenging and, at times, stressful. Everyday tasks can push even the most skilled to their limit.   However, there are times when things are tense at work, and some employees seem to be riding the wave of...

Why I Remained a Nurse – RN Nichole Ried’s Story

When someone asks me why I became a nurse, I have several simple answers to that question. These answers are easy to articulate. There is, however, a different reason why I remained a nurse. This is not so easy to discuss. Early in my nursing career, I was called to...

High-Functioning Anxiety in The Workplace

HFA or High-functioning anxiety in the workplace is an often-overlooked problem. In fact, it is a catch-all term for people who live with anxiety, but don't necessarily consider themselves to be suffering from an actual mental illness. Anxiety affects thousands of...

Behind the Scenes
w/ Axiom Medical

THE COVID-19 VACCINE GUIDE FOR EMPLOYERS

Considering a COVID-19 employee vaccination program? What options are available? And how to get started. 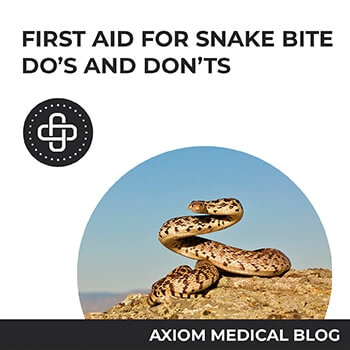 Your Employee Was Just Bitten By A Snake. Now What?

Did you know that over 8,000 people every year are bitten by snakes in the United States? The unfortunate truth is,...

Snake Bites – The #1 Question Everybody Wants to Know! (Infographic)

As we wave goodbye to Mr. Winter and welcome the warm sunny days of spring and summer, there is one safety topic that... 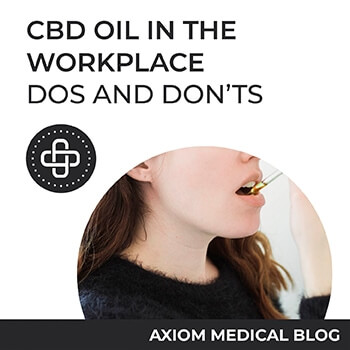 CBD Oil in The Workplace – Dos, and Don’ts

Is CBD oil in the workplace even allowed? This new widely hyped elixir has been in the news for some time now, and...